Hábitat Fair (www.feriahabitatvalencia.com) is the international showcase mainly for the Spanish furniture and lighting industry which happens every year in Valencia, Spain. During the fair, a Circulo Muebles (CM) General Assembly, gathering all the representatives from all the furniture stores nationwide, took place. During the assembly which lasted the whole day, Morpheos project had a spot to present to CM representatives the latest advances in the project.

María José Núñez and Javier Martín from AIDIMME conducted a presentation giving an initial overview of the interior design – InDe – use case, explaining Morpheos in a nutshell, and then delving into the use case. In particular, the capture of the physical measurements via the App, and how those are compared to the manual measurements in order to fine tune the algorithm. AIDIMME also explained the different subjective user preferences that the project handles and its capture by the App. Finally, several videos showing these processes were shown, and a real demo accessing the Prestashop web site which included the ISizeYou logic (Morpheos unique ID containing all user measurements and preferences) was ran.  It is important to notice that this website mimic the CM real website since it contains real furniture products from CM. 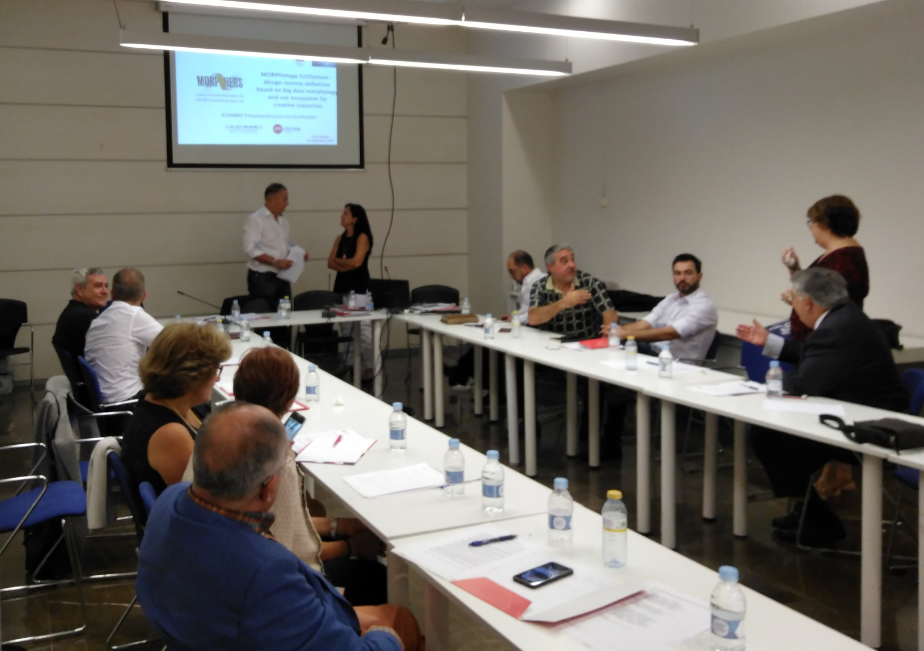 In addition, AIDIMME had a stand in the fair where Morpheos project was showcased. The fair is attended by a wide myriad of professionals including architects, interior designers, decorators, distributors, purchase groups, installers, specifiers and commercial agents who were able to get introduced to the project. 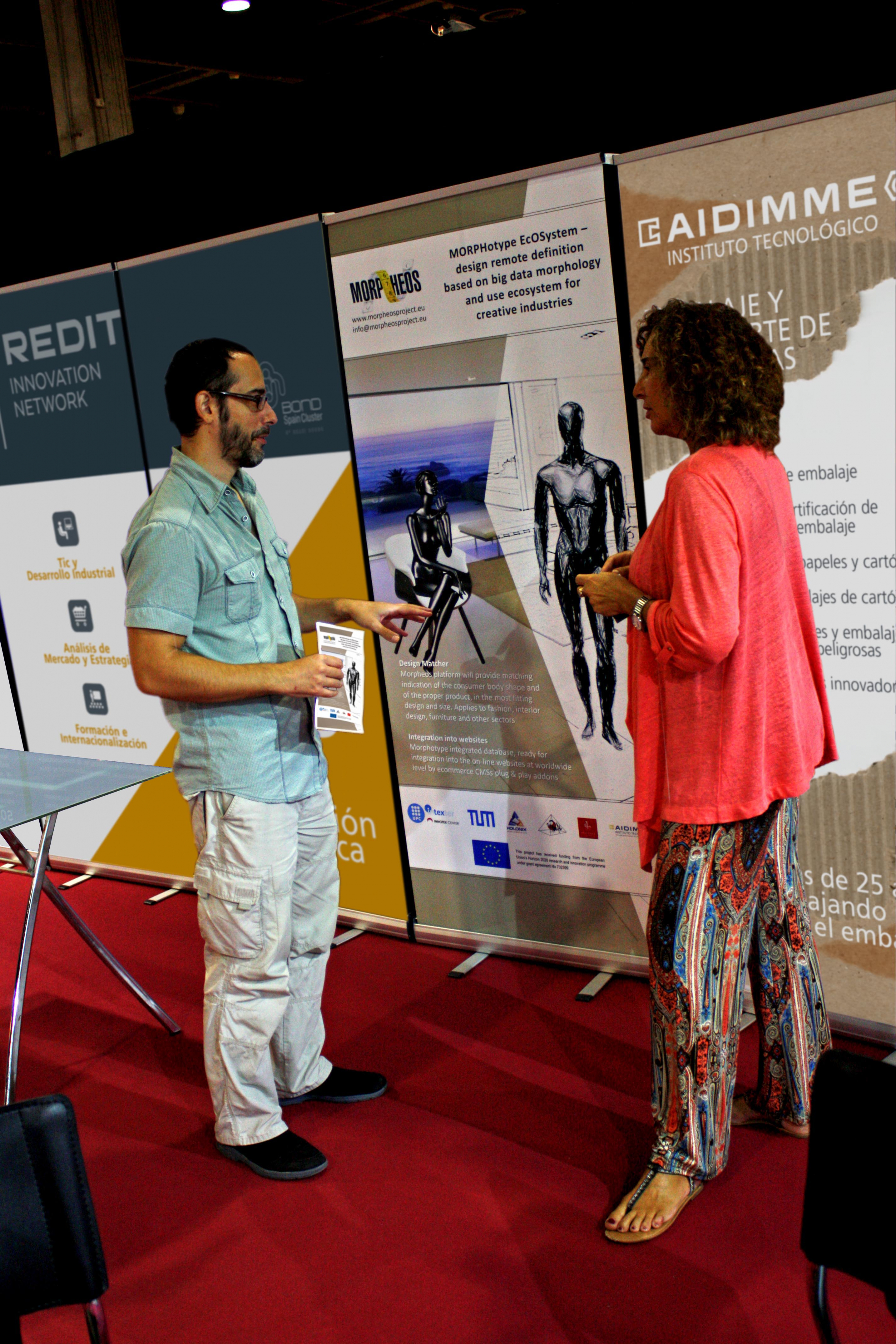