The WEB SUMMIT fair is the largest technology event in Europe. It is celebrated for the second consecutive year in Lisbon from November 6 to 9, 2017, after several editions held in Dublin. It brings together the leading technology companies in the world together with smaller companies, startups and entrepreneurs, as well as the investment community and with a strong presence of media. 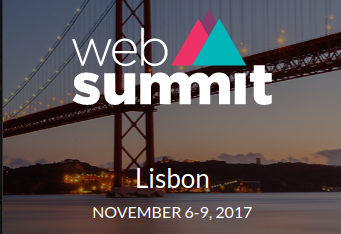 WEB SUMMIT has become in a short time one of the best events related to technology in the whole world, and the largest in all Europe. In 6 years (the first edition was held in 2010), the event has gone from 400 attendees to more than 60,000 in the 2016 edition. Attendees come from more than 160 countries), and also has the participation of more than 2,100 exhibiting companies, more than 650 speakers and 2,200 journalists. For the 2017 edition, the organization expects to again exceed 60,000 attendees.

Over 2,000 media from more than 100 markets came to Web Summit in 2017. It’s not just editors from many of the world’s most influential publications, but market-shaping industry reporters from leading technology and trade publications and blogs.

PITCH is the startup competition at Web Summit that brings together the world’s leading early-stage startups for a live on-stage battle.